How Restaurants Cope with the Amazon Effect and Dead Malls 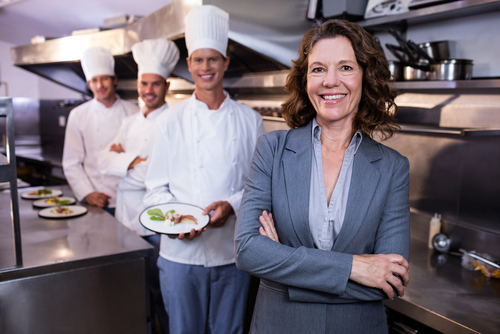 Restaurant management consultants have their work cut out for them as more and more people decide to do their shopping online. Retailers are offering consumers a way to enjoy fast, professional service while having access to great prices. Where else can they get budget-friendly, high-quality products without getting stuck in traffic, dealing with other shoppers, and browsing through countless aisles?

Because of this, Amazon can be considered as a blessing to consumers, but this isn’t the case with many retailers. In fact, the online retail giant can be seen as the harbinger of death to many malls and has indeed contributed to the downfall of many physical retailers. The worst part about this is that its negative effect goes beyond the retail industry: it also has a huge impact on restaurants, especially those that are located in malls.

Mall-based restaurants, including food court mainstays, are dependent on the shopping center’s foot traffic. They rely on the fact that, after shopping for clothes, shoes, books, and other items, people eventually get tired, thirsty, and hungry and need a place where they can sit down, relax, eat, and drink. However, as more shoppers turn to online stores, malls and the restaurants inside them lose valuable foot traffic. This in turn leads to fewer filled tables and less revenues.

This has caused many fast-food chains and food-court favorites to close their doors, but it has also forced several restaurant businesses to work with restaurant management consultants to find ways to cope with the changes.

Here are some of those changes:

Move to other locations

No matter how hard restaurants try, they simply don’t have the power to single-handedly revive a dead or dying mall. So, instead of staying in the mall and allowing themselves to expire along with it, the best thing they can do is to open shop elsewhere.

This was what food court mainstays Sbarro and Jamba Juice did. The former opened standalone restaurants with a fast-casual theme, while the latter created kiosks in airports, theme parks, college campuses, and other non-mall areas with high foot traffic. And their strategies worked well: these two chains have been able to survive even though they had been mall-dependent for many years.

Get into the delivery business

One of the things that have made Amazon successful is that it allows people to get what they want even without leaving the house. Some formerly mall-based chains have given this a try to create another stream of revenue. It’s important to attract busy customers who don’t have the time to cook food or even go out to eat.

Cinnabon has been a mall staple for years. But with the decline of shopping centers, it’s now taking steps to survive outside them. One thing the company has done is to license with other brands. It has partnered with Keurig to create the Cinnabon Classic Cinnamon Roll Coffee K-Cup Pod. They’ve also teamed up with Pinnacle Vodka to create a cinnamon-flavored distilled spirit.

Another way that mall restaurants survived is to add new items on their menu. This helps them to grab the attention of their target audience and encourage people to visit their locations. Emphasizing that they use only fresh and high-quality ingredients also greatly helps. Some restaurants also ride on the latest food trends to stay relevant; Panda Express, for instance, has tested a burrito-like wrap. The meal uses a scallion pancake instead of a tortilla and fills it with orange chicken.

These are some of the steps that restaurants have taken to stay alive even when malls are dying. If you own a mall-based restaurant this is having problems, consider hiring restaurant management consultants to turn your business around. You can also  request an preliminary no-cost consultation with a Perry Group expert to discuss options and strategies.